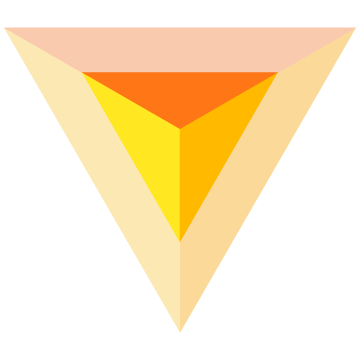 NEU’s Design & Development discipline (the D & D) from the School of Science & Design Innovation espouses a harmonizing metric of the platonic solids in the design and creation of human-made spaces. Platonic solids, with the five elements and principles that they represent are:  Ether, Earth, Fire, Water, and Air.

The presence (and absence) of natural light is responsible for generating the sleep/wake cycle. The degree to which we synchronize with this natural cycle can affect the efficiency of our digestive systems, the stimulation of Vitamin D production, and influences our emotional state and other body/mind processes.

The effects of light upon the human body depend upon the light’s wavelength, intensity, and time of exposure. Most of us spend the majority of our time indoors – often in excess of ninety percent. As a result we are invariably exposed to unnatural forms of light, which our bodies did not evolve to deal with. The effect becomes much worse if the exposure to artificial light continues at night time, as this disrupts the circadian rhythm and prevents the body from producing much needed chemicals during the sleep cycle.

It has long been known in the Vedic culture, and practiced by yogis themselves, that light can become our exclusive source of food/energy. Such an insight speaks clearly to the importance of our connection to this element, and to the sun itself, at the energetic level.

Translating this into the practical conversation of architecture, we need fully consider these principles at the outset of the design phase, ensuring that ideal levels of natural light are realized in the completed space. This may be as simple as providing adequate windows or skylights etc. which allow natural light to penetrate in to the interior space, or may require the specification of electric light systems which include filters that eliminate the blue component (which is the principal component responsible for disruption of the Circadian Cycle). Such systems become considerably more important to maintaining health living conditions in the more extreme latitudes where natural light can be minimized for months at a time.

Please search the Library for additional resources on the benefits of natural light.

INSIGHT – advances in digital processing allow for a vastly greater number of naturally coherent design possibilities to be explored.

Generative Design is a morphogenetic process using algorithms structured as non-linear systems for endless unique and un-repeatable results performed by an idea-code, as in nature. With the use of digital engineering we can bring computational energy into creative exploration, empowering human designers to explore a vastly greater number of design possibilities within modifiable constraints.

Regenerative design also looks at the fractal generative design codes of nature, and therefore uses the same bio-energetic and bio-resonant language, that reflects the extraordinary structural efficiency and energetic inclusiveness of the natural world.

Computational dynamics can be used to create environmental models, which can serve for as to understand and facilitate the information necessary to generate more efficient and integrative systems that can provide a more harmonic interaction with our environment.

Entropy is a state that is often erroneously only referred to as the ‘state of disorder’ of a system. Entropy is simply the measure of how much the energy of atoms and molecules become more spread out in a process. Fire, for example, reduces complex, organized, organic molecules into their basic elements, emitting radiant energy. Likewise nuclear energy is a process where by breaking up the atom, an immense amount of energy is generated.

These processes have a particular function in nature and the universe. They are used, for example, in the process of digestion, to obtain energy and basic elements through the “fire” of digestion. These are destructive, radiant, explosive, fractionating processes, however for the dance of creation to sustain itself, it requires the equal and opposite force – Negentropy.

Negentropy exists where there is implosion – it is life force, gravity, love… These are the self-organizing forces that allow systems to enter in greater level of organization, coherence and complexity. For example: a plant may use air, earth, water, fire (light), and through the “aether” , generate form (aetheric formative force by Rudolf Steiner or mophogenetic fields theory ), thereby creating the highly organized fractal coherent system, that is a plant.

We can define a “negentropic field generator” as a system or technology that produces a field effect that will generate, coherence, fractality, self-organization, implosion, love and harmony and therefore enhancing, life itself.

Negentropic field generators can be seen as a feminine form of technology that use implosion/life-force/scalar vs explosion/radiation/electricity.

One of the first people to discover that life force energy reduces radiation was Wilhelm Reich. He once conducted an experiment called “the Oranur Experiment” where he concluded, “Orgone energy and Nuclear Radiation energy are antagonistic.”

Most of our current technologies, and the ways in which we produce energy, are entropic in nature – we break things down and try to harvest the energy, which is emitted. We have however always had the technology to produce energy in a far more sustainable and holistic form than the technology we know today – such technologies do not operate in isolation, they are open systems interacting with the surrounding and also our own consciousness. They were widely used by the ancients and our cosmic ancestors, and are now beginning to reemerge as the planetary level of human consciousness shift to a level that is receptive to their function.

There are endless examples of negentropic field generators and processes for creating negentropic fields that are already widely used in the world today… Scalar electromagnetic is a field of scientific endeavor, which is widely used (amongst other things) in the field of Radionics, with popular applications emerging in healing therapy and agriculture. Radionics devices are having tremendous success around the world reversing disease and ailments of all kinds – essentially they operate returning the living organisms to their natural healthy state, through the exposure to longitudinal (scalar) waves.

The Agnihotra fire ceremony is another such example.  This ancient Vedic ritual utilizes the energy produced by Phase Conjugation (scalar effect) of the earth and sun’s magnetic fields, which occurs twice daily at the precise moment of the sunrise and sunset. The ceremony can produce profound effects in the surrounding environment – accelerating growth and fruitfulness of flora & fauna and reducing pollution & radiation in an unprecedented fashion. The scientific case for the efficacy of the Agnihotra ceremony has been carefully documented and collected by the Homa Therapy International network and is also thoroughly explored by NE University faculty member, Robert Bruce Bagnall (in his book, Ancient Solution for Modern Pollution) and Dan Winter (in his book, Kundalini and Agni Hotra Physics).

The opportunities these discoveries and technologies present to the fields of Design & Development are immense… We now possess the ability to make buildings themselves into negentropic field generators, meaning that man-made environments and their inhabitants are able to benefit from a field effect that enhances health, harmony and awareness. The process is not complicated –we simply incorporate these natural technologies into the design of our man-made environments and, if the structures themselves are designed using the other New Earth design principles, the effects can be amplified.

Please visit the School of Science & Design Innovation and the NEU library for additional resources on negentropic field generators.

You may also wish to research the selected writings of Wilhelm Reich, (an introduction to orgonomy reading).