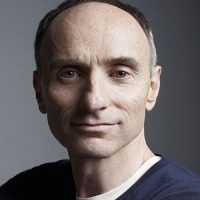 Jeffrey Smith – The leading consumer advocate promoting healthier non-GMO choices, Jeffrey Smith’s meticulous research documents how biotech companies continue to mislead legislators and safety officials to put the health of society at risk and the environment in peril. His work expertly summarizes why the safety assessments conducted by the FDA and regulators worldwide teeter on a foundation of outdated science and false assumptions, and why genetically engineered foods must urgently become our nation’s top food safety priority.

Jeffrey Smith is the world’s foremost pioneer and researcher on the subject of GMOs. He is the author of the best-selling book ‘Seeds of Deception’ – responsible for triggering worldwide condemnation of Monsanto’s systemic poisoning of people and the earth. He is a speaker, author, researcher and reform advocate

Mr. Smith’s feature-length documentary, Genetic Roulette — The Gamble of Our Lives was awarded the 2012 Movie of the Year (Solari Report) and the Transformational Film of the Year (AwareGuide).  Described as a “life-changer” and seen by millions world-wide, the film links genetically engineered food to toxic and allergic reactions, infertility, digestive disorders, and numerous problems that have been on the rise in the US population since genetically modified organisms (GMOs) were introduced.
His books include: Seeds of Deception: Exposing Industry and Government Lies about the Safety of the Genetically Engineered Foods You’re Eating, which is the world’s bestseller on GMOs; and, Genetic Roulette: The Documented Health Risks of Genetically Engineered Foods, which is the authoritative work on GMO health dangers.

An admired keynote speaker, Mr. Smith has lectured in 37 countries, counseled leaders from every continent, and has been quoted by hundreds of media outlets including: The New York Times, Washington Post, BBC World Service, The Independent, Daily Telegraph, New Scientist, The Times (London), Associated Press, Reuters News Service, LA Times, and Time Magazine. Also a popular guest, he appears on influential radio shows and television programs, such as the BBC, NPR, Fox News, Democracy Now, and the Dr. Oz Show.

He is the founding executive director of The Institute for Responsible Technology (IRT), a leading source of GMO health risk information for consumers, policy makers, and healthcare professionals. IRT’s educational programs are driving the tipping point of consumer rejection against GMOs, which is already starting to push genetically engineered ingredients out of the market in the US.