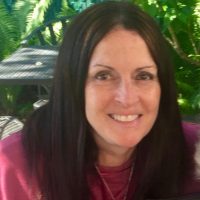 Gail Bennington, MA is the Director of Hofstra University Summer Science Research Program and an adjunct professor in the STEM program at Hofstra University and the Department of Geology, Environmental Science and Sustainability in Hempstead, New York, USA since 1998.

She has a Certificate of Advanced Studies in Education Administration, an MA in Secondary Education, and a BA in Geological Science –  all received at Hofstra University.  In addition to working at Hofstra, Mrs. Bennington has also served in the capacity of an administrator in the New York public school system.  She has supervised science, math, health, and technology.  During her 20+ years as a devoted educator, she taught several high school courses that includes, Earth Science, Living Environment, Marine Biology, Forensic Science, Astronomy and Science Research.

During her last visit to Ecuador’s Galapagos Islands Gail volunteered at a school, which was taught entirely outdoors and strove to teach the students to preserve their pristine environment.  This was a major turning point in her vision of what science education programs should entail.  She has always had a strong connection to nature and the outdoors.  Mrs. Bennington is currently writing curriculum for courses to bring pre-service teachers outdoors during class meetings, which will motivate them to bring their students outside as often as possible.

Not only is Gail a nature-lover, but so is her entire family.  She and her children joined husband/professor Dr. J. Bret Bennington and other faculty from Hofstra University to march in the March for Climate Change in New York City.