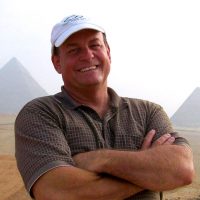 Brooks Agnew is dedicated to creating and manufacturing technologies that will help mankind live within the energy available on planet Earth without polluting the environment.  He is also supportive of community ideas that work together in a sustainable manner.  That is to say, each individual discipline is unique and designed without specific outcomes in mind, and yet each discipline will integrate to support a global population in peace and liberty.

In his 6 Amazon Best-Selling books, he explains how liberty is the most important thing to mankind throughout the centuries of known history.  The exploitation of resources and people is perhaps man’s greatest weakness.  Humans are at their best when they are working toward something grand.  He calls it the path and relates it to building a sand castle.  It is the building of the castle that is the goal, not the completion.  To accumulate wealth and opulence is the antithesis of heaven for the human spirit, and yet every war in every age is planned, financed, and fought to seize these very things.  He lectures to the world via his weekly radio address at www.xsquaredradio.com on the exploration of the universe and the Earth and is a strong proponent for individual sovereignty and control over one’s own life condition.

He strongly believes that abdicating the responsibility for your own support to someone else is the worst thing a human being can do.  The integrity and value of the human soul is preserved when we work for our own support, and is shortly destroyed when we accept long-term support from someone else.  Brooks Agnew has designed a Vehicle-to-Grid System using his electric trucks as energy generators and storage devices.  This system would power a small community with virtually endless supply at low power levels using sunlight. Each truck is capable of hauling 1,000 pounds up to 100 miles between charges; 25 trucks will store more than 1 megawatt of power for a bidirectional grid.

One of the most interesting projects Brooks has led is the North Pole Inner Earth Expedition (NPIEE) www.npiee.com

For more than eight years, he explored the world to scientifically investigate the clues that the Earth might have developed as a hollow sphere.  The evidence leaves in question its true planetary core geology, and seems to excite the people about the possibilities of this prospect.

Leading a team of 100 scientists, teachers, filmmakers, and historians he has gone further than anyone in history, including his ancestor Sir James Ross who discovered the North Magnetic Pole in 1831.  With the Arctic ice reforming to hide the opportunity until another generation, the entire project is about to become a major Discovery Channel series to reveal his stunning discoveries to more than 40 million enthusiasts who follow this project.

No scientist is more widely known than Brooks Agnew for research and reporting on the High Frequency Active Auroral Research Program (HAARP).  For more than 17 years, he has been building demonstrations, explaining the risks, and making people aware of one of the most powerful and irresponsible weapons systems every operated by the US military.  His Ground Probing Radar research is still used by the petroleum industry to harmlessly search the depths of the Earth for oil and gas deposits.