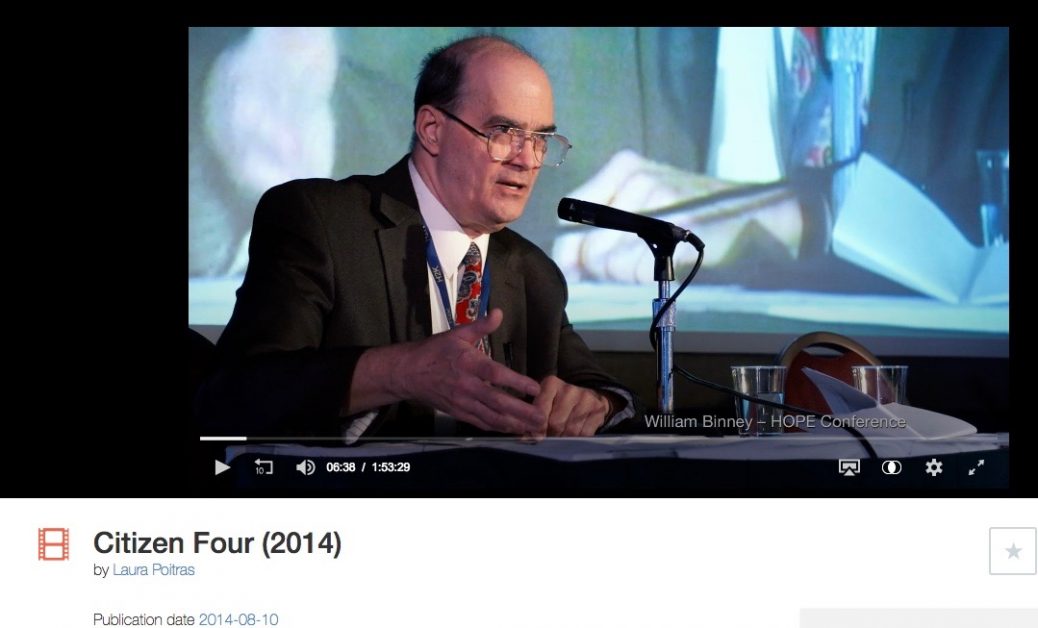 Part of her trilogy about the world (post 9-11), Citizen Four is a stunning 2014 documentary film directed by Laura Poitras, concerning Edward Snowden and the NSA spying scandal.  Citizen Four received critical acclaim upon release, and was the recipient of numerous accolades, including the Academy Award for Best Documentary Feature at the 2015 Oscars.

Note: This film was strangely BLOCKED to viewers in the USA: https://www.youtube.com/watch?v=KQ0DeRg1IhI