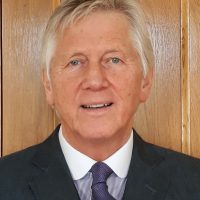 Lewis Montague comes from an entrepreneurial background and is a longtime friend to the NewEarth movement and was an inaugural trustee for the ITNJ – The International Tribunal for Natural Justice.

Over the past 15 years he has become very involved in the health industry. He is managing director of a Health company. His focus covers degenerative disease and iatrogenics. Lewis speaks passionately on health issues (especially cancer) in the natural treatments world. He has taken up speaking engagements abroad as well as in the UK.

Lewis is determined to bring to humanity the world of natural treatments using scientific research, if need be. He strongly believes that a major change in approach is required, but appreciates the massive challenge ahead to achieve that change.

The myth of protein is explained by Lewis – the pandemic sweeping the Western World is being ignored by the establishment, again one of Lewis’ passions. His ambition is to put the NewEarth University on the map as a leading proponent of justice for the people by having unfettered choice in their treatments.

Lewis has been – and still is – an active sportsman, playing squash, tennis and badminton. His level of fitness is high as he still practices a number of martial arts, achieving the status of British Kyokushinkai Champion on two occasions. Apart from Karate, he has been practicing Iaido (drawing of the samurai sword) for the last 10 years including training in Japan.