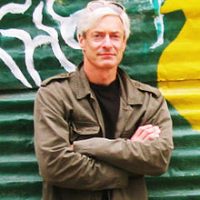 Laurence Brahm is a global activist, international lawyer, political-economist, and author.  He joined the New Earth Institute (now the NewEarth University) as a fellow in 2013.

Laurence articulated Himalayan Consensus and African Consensus as fresh economic paradigms.  These evolved from three decades in Asia, advising on economic-financial reform and development, as well as pioneering one of earliest social enterprises located in Tibet, and later bringing these approaches to Africa.

A member of the United Nations Theme Group on Poverty and Inequality, he participated as NGO spokesperson to the United Nations Earth Summit 2012 (Rio+20).  Selected by ScenaRio as one of the 100 Opinion Leaders Advising Rio+20, Laurence is frequently invited to serve as second-track interlocutor and mediator in sensitive international crisis situations involving cross-cultural or complex political issues.

Author of over thirty books including: “The Anti-Globalization Breakfast Club”, “China’s Century”, “Zhu Rongji – The Transformation of Modern China”, and a trilogy on new age travel (“Searching for Shangri-la”, “Conversations with Sacred Mountains” and “Shambhala Sutra”).

His forthcoming book, “A Peaceful Revolution” calls for a new global consensus in economics, values and holistic living, and presents the Himalayan Consensus.  Himalayan Consensus is a fresh holistic economic paradigm.  It calls for protecting ethnic diversity through cultural sustainable development, and prioritizing environmental protection. It articulates the following principles:

– Fusion Economics: Reject ideologically based economic theory. End debate over socialism versus capitalism. Instead opt for pragmatism. Freely combine planning with market to achieve results that better people’s quality of life and utilize resources in a more rational way to sustain our planet.

– Diversified Localization: Community revival, local businesses, cooperatives, micro-finance, and local currency issues are all part of diversified localization. Empower people by getting capital to communities (rather than only to banks who just speculate with Fed bailout funds issued on the back of more debt).

– Pragmatic Idealism: We can pragmatically harness business in its many forms to achieve social transformation and conservation of resources. Enter social enterprise. This is not alternative economics but a new mainstream.

– Compassionate Capital: Investment does not have to be for profit alone. People are not only motivated by greed (the classic Milton Friedman assumption). Care for others and concern for one’s community and environment can be equally important motivations. Social enterprise and micro-finance are creative approaches using compassionate capital.

– Conscientious Consumption: Consumers can purchase or boycott with conscious and affect corporate behavior. We have the power to demand that the corporate sector adopt renewable and efficient energy, recycling, non-genetically modified foods, and socially responsible practices through the sheer power of organized boycott.

– Environmental Economics: Investment into conversion of energy grids from fossil fuels to renewables combined with fiscal and credit policies that will drive businesses to use renewable and efficient energy. This approach will drop actual carbon output levels while creating jobs and business opportunities in multiple sectors that can scale renewable and efficient energy technology, water conservation, recycling, organic agriculture, while reducing fossil fuels absolutely. (This is not to be confused with trading carbon or pricing natural resources sometimes called the “green economy”).