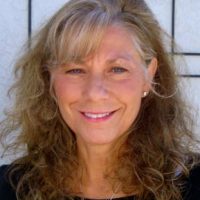 NEU Chancellor ~ Midwife to The New-Paradigm School of Consciousness & Spirituality, School of Health & Wellness, School of The Living Arts http://www.newearth.university

Dr. Nancy Ash, DD, PhD is a modern day mystic, veteran teacher, and pioneering midwife to the new-paradigm since the 1970s. Her heart-centered voice is heard worldwide as a passionate new-thought-leader, author/poet, web TV host, and former radio show personality championing peace for all women, men, and children on this planet.

Since 2014, Professor Ash has been the worldwide Chancellor (and faculty member) of the unprecedented NewEarth University, learning arm and planetary hub for wisdom-keeping of the global movement, NewEarth Project. The NewEarth Project is a major initiative born from an international humanitarian foundation, Humanitad.org of which she is a representative.

Nancy Ash is also president, professor and graduate/postgrad advisor at New Earth Theological University (NETUNIV.org), focused on Interspirituality as Dean of its School of Interspiritual Studies. One of her passions is to re-calibrate the old, broken academic educational paradigm with the pure-truth of new pedagogy. She attended the School of Visual Arts in New York City from 1974-77 while working part-time for CBS as a graphic designer – a two-year stint culminating in a published portfolio of magazine covers. Nancy studied printmaking, illustration, photography, drawing and painting with renowned artists: Louise Bourgeois, Sue Coe, Cora Wright Kennedy, Paul Waldman, Marshall Arisman and Dale Henry. Developing her innate gifts in the healing arts, she was subsequently awarded a BA in creative-expressive therapies from the University of Maryland in 1979.

After many moons of serious spiritual practice and service teaching Raja Yoga, later in life Nancy earned a PhD in religious studies from Metropolitan University – Interspiritual Literature with dissertation, Postmodern Oneness: Poetic Celebration of The Re-Emerging Sacred Feminine. Reverend Dr Ash also holds a Doctor of Divinity degree in Metaphysics and Spirituality from her ministry. That dissertation, Sacred Path of Doing a 360: A New Paradigm Rooted in the Teachings of Joseph Campbell (expanded into her first book, Doing a 360) – an apotheosis of lifetime work inspired by the full-circle Hero’s Journey of Campbell, whom she met and studied with briefly as a young aspirant. Ordained in ’85, Rev Nancy has been an active sacred-life mentor, training and ordaining students as a senior minister at the vanguard of global interspiritual dialogue. During the ’80s she also enjoyed thriving on the cutting-edge of raja yoga, fitness, and wellness – certified in the US as one of the first instructors in the field of Creative Wellness.

In tandem with decades of multi-dimensional experience as a Oneness Advocate in the field of evolutionary consciousness, Dr Ash is deeply honored to serve a 2nd term as a founding Trustee (2015 – ) for the International Tribunal for Natural Justice (ITNJ.org), to ensure that human rights are fairly and nobly upheld, restoring justice-making to the people. She feels that serving in this capacity is an enormous responsibility steeped in integrity, diligence, and steadfast devotion to a better world.

Professor Ash lives in the enchanted mountains of New Mexico with Jonathan, her best friend and husband of 40 years. She loves the sky, the wind, and trees… walking her backyard labyrinth and hiking the hills while communing with red foxes, ravens, hummingbirds, and other delightful friends. A longtime senior student of Dzogchen (since the ’80s) under the tutelage of her beloved, renowned Tibetan Nyingma holy man/scholar, His Eminence Khenchen Palden Sherab Rinpoche, Nancy is known as a vajra yogini sharing a 360-Awakening Process on the path of Soul Sovereignty.

She has authored two books: Garland of Grace: Sitting with the Dying Sun (now a college textbook); and Doing a 360: Turning Your Life Around to Follow Soul’s Purpose. While juggling her many duties a third book-project has been in process – researching, exploring and articulating the nuances of navigating new ways of being envisioned and now embodied in our blossoming New Earth. Tune in to Kaleidoscope, the NewEarth University show she hosts at the NewEarth Project YouTube channel: NEP YouTube

To learn more about the NewEarth University (NEU): contact@newearth.university