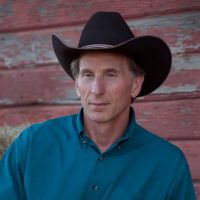 In Memorium, beloved faculty and friend Tim Butts passed from this plane in 2017.

From NEU Fellow, Dr. Doug Linman: Our time on Earth is not finite nor predestined by design. We are remembered on what we do, who we are and the encouragement and love unselfishly delivered for the sake of others. Timothy Butts, a person I got know over nearly three years to call him brother and friend passed away unexpectedly. Our plans to work together for the benefit of humanity will not fade away but will become even more encouraged to launch and succeed by his spiritual presence. Let his great and endearing spirit live onward in all that we do. His heart will be our heart, his soul will be our soul, his contribution to life and family will endure far past this time. Thank you Tim for entering our lives, making them better and forever providing us a reason to remember why we exist to help others. Always Brother, always… Doug Linman

Tim Butts, amongst all of his other worldwide duties, was responsible for supervising the global implementation of Science and Technology inventions that are created by NEST (NewEarth Science Technology).  He scheduled and reviewed the planned invention release dates and designed the product execution timeframes.  This involved managing an international highly-specialized management team that would travel the globe working in conjunction with the NewEarth installation projects and worldwide customers drawn into NEST because of its revolutionary technology.  (The NEST faculty are well educated in the world’s most prevalent problems and are working on technologies that allow development of cures for the world’s most distressing problems: drug abuse, population growth, poverty, severe income disparity, unemployment, refugees, climate change, potable water, obesity, war and terrorism, energy and agriculture.). Together with the complete support of the NE University we develop and implement the proper inventions to assist with “healing our planet with scientific technological advancements one-system-at-a-time.”

Tim was a highly skilled project manager who dedicated his expert business knowledge to operate the technology deployment of NEST’s inventions.  For the last 20 years Tim Butts had lived on his ranch in Northern California and was a graduate of National University with a BBA.  For the last fifteen years he had been a part-time Health Minister who followed a physical workout program fueled by a vegan, organic, and 85% raw diet.  He had been instrumental in healing for the critically ill who want to regain their health through organic and raw food regimens to rebuild their entire DNA cell structure.  He used medicinals for patients’ pain management which led him to develop his “SuperFood” Greenhouse to aid in curing the planet one-Greenhouse-system-at-a-time. Through his International Greenhouse Company – Timponic Produce Management Solutions, he installed integrated state-of-the-art commercial Greenhouse farming growing facilities where hundreds of thousands of pounds of organic produce and hundreds of pounds of organic crops could be harvested monthly.  The surrounding acreage is an architectural, engineering, and biological solution which generates electricity from solar, wind, water and agricultural waste energy and qualifies the system as a “Net Zero” agricultural operation.  Nearly ten years ago, Tim uncovered the long-range effects of the United States’ declining water quality problem and lack of local organic produce, and had been actively developing a cure.  He reviewed all of the best business plans and practices for greenhouse growing, organic soil crops, and through his professional system optimization management skills he developed the commercial Timponic growing system that delivers approximately 50 – 100 times more (per acre) than the California Central Valley produce harvests.

As the on-site designer, architect, and system installation project team manager he and his team of horticulturalists, agronomists, biologists, botanists, chemists and scientists were responsible for building the Timponic vertical integrated Greenhouse farming system.  His growing systems are aided by scientific research that was conducted on the International Space Station where the best plant DNA is propagated.  His crop delivery system has revolutionized growing systems that take colossal leaps in greenhouse gas reductions and achieve substantial CO2 decreases thus developing a cure for our planet while delivering the highest concentrations of the better than organic local crops per acre.  The Timponic Produce Management Solutions system is commercially installed from one acre, up to hundreds of acres.  The structure is an environmentally controlled greenhouse, a working demonstration project, a community educational energy center, a green classroom, and an enterprise incubator with a food processing and research and development space.  It will be replicated in other places of the world as a lucrative environmental super organic crop showpiece.  The Greenhouse Buildings are located on an integrated eco-system site that generate various income streams from the organic production of vegetables, herbs, flowers, and medicinals, with the creation of pure premier potable water, organic compost and vermiculture.  Where the produce is the healthiest, most nutritious veganic on the planet and water is produced locally with a reduction of approximately 18,555 tons of CO2 per month, per acre.  As a former Net Zero Project Manager, Tim became an expert in system optimization.  He optimized hundreds of energy systems, green building systems, and developed the new integrated greenhouse computerized crop delivery system.

His energy accomplishments included over twenty professional certifications which earned him a position as a California “specialized energy workforce development trainer.”  Tim was working with Native American Tribes and Veterans training them in the development of the most advanced “energy efficient” Green House produce production system available today. In 2004, he was awarded the most energy efficient custom builder in California for building “Net Zero” structures that were 70% more energy efficient than California’s Title 24 Energy Standard.  Tim earned the “Energy Efficient” award from the California Public Utilities Commission “Flex Your Power” Organization using advanced Energy Pro software for building modeling simulations and calculations.

Tim Butts is sorely missed at the NewEarth University.