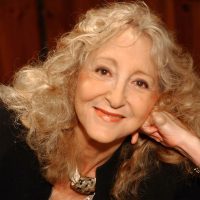 Margot Anand is an internationally acclaimed authority on Tantra, best-selling author, and much-beloved teacher and founder of SkyDancing Tantra®.  Margot’s books, videos, CDs and DVDs are widely regarded as the seminal teachings for integrating spirituality and sexuality and for cultivating the art of ecstatic living.  Her popular books are available in numerous languages, and include The Art of Everyday Ecstasy, The Art of Sexual Magic, Sexual Ecstasy: The Art of Orgasm, and her latest release, The Sexual Ecstasy Workbook.

The Path Of SkyDancing Tantra.  Margot just released her 3-disc DVD trilogy, “The Secret Keys to the Ultimate Love Life,” to inspire a whole new generation of lovers as well as offer a refresher with some fun new twists to longtime students of her classic methods.  Margot is an adjunct faculty member at Dr. Deepak Chopra’s institute and has taught at Dr Dean Ornish’s annual retreats for heart patients.  She recently presented at the weeklong program “Ultimate Passion” taught by Tony and Sage Robbins in Fiji.  Robbins called Margot “…the leading expert in the world in the field of Tantra.”

The creation and spreading of the love and ecstasy training

Over the past two decades, Margot developed and taught “The Love and Ecstasy Training (LET)”, a powerful and proven method for healing and enhancing our love life, and cultivating meditation.  Margot is the founder of eight SkyDancing Tantra Institutes worldwide.  SkyDancing Tantra represents the synthesis of Margot’s work and teaching; and has been taught to tens of thousands of people in dozens of countries.  Margot Anand has appeared on many national (CNN, CNBC, ABC) and international (France, Germany, England) television and radio programs; and has been featured as a keynote speaker at many prestigious national and international conferences.  She has been interviewed by – and quoted in – numerous magazines and newspapers, including The Wall Street Journal, TIME, Conscious Life, and Cosmopolitan magazines.  Margot Anand has personally trained and certified a select group of couples and individuals as SkyDancing Tantra teachers.  SkyDancing Tantra is currently the first and earliest teaching in the field of Tantra, to be seeded in the West (since 1975).  And the only one which has offered one,  and two year-long trainings successfully to an international audience (more than 20 countries attending over the years) for the last 25 years.  She now rejoices in these spreading…sharing and expanding the ecstatic message of SkyDancing Tantra in many countries.

Why is Margot joining the New Earth Project?

“… 5 years ago, I met Sacha Stone in Bali and it changed my…not “life” but, rather: “heart”.  Sacha and Bali together are a “heady brew”!  Bali is filled with people that I call “spiritual rebels”: Creative people who want the space, time, and community-support to unfold their visions for a better, more open, more free, more abundant world.  I first tasted that possibility when I participated in the Woodstock Festival in the sixties.  It was a major breakthrough.  And now,  I joined the New Earth Project because I believe that it represents “The Next Step” for us: to live in community and to be free and loving to one another and to produce, sustain, and help one another.

And I hope that, through the NEP, the amazing grace that we experience when we teach and practice SkyDancing Tantra, can now expand beyond personal and couple relationship, into a social, interpersonal, trans- personal context that is not just an idea but a lived reality.  A reality shared and manifested together globally.  I am on board for that.”

Listing my products and educational material