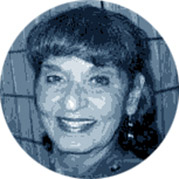 “The New Earth Project is bringing together a network of visionary and pioneering individuals and institutions to nest within the new earth institute as ‘academies’, each serving to advance consciousness and sustainable development for the betterment of the people and the planet” – Judith

When Judith was contacted by a Mayan Shaman in 1992, who had walked up her driveway in Wimberly, Texas and asked if Judith lived there, she was guided to listen.  Stating it was time for the Mayan Initiation as she would be starting a new path for her work that would be totally different than any other Mayan teachings. This Shaman asked if Judith would study with the woman he brought, (Joy) who would guide her through the initiation. He went back to Mexico the next day and Judith’s life changed in all aspects from that point forward. The first assignment was to read the ‘Keys of Enoch”, which stated there would be ‘Academies’ of Light all over the world in our future.

Judith has been working towards that goal and most of the ministers she has ordained since 1994 are Academies of Light.

In 1993, Judith took the flying leap and traveled with spirit across the country, channeling Master Tai Won Chu One, and following guidance. As she entered the Anasazi Lands, she was met by pueblo tribes who were waiting for her, and they gave her the name “Light Feather”. As we looked up at the sky, it was filled with a giant white feather by the cloud people. Judith was able to change her name officially in 1996.

In February 1994, she was invited on her first trip to the Yucatan, with a small group of 22, led by Hunbatz Men. She remained a traveler, (a wanderer without a home) teaching and going back and forth to the Maya lands 7 times. Each trip to the sacred lands opened the holographic universe for her and the ancients came through to share their wisdom. People who traveled with her saw the reality shift and the ancients would appear and disappear in each moment. It was the most expansive time of her life and she remembers every portal that opened. Judith’s Mayan name is ‘Balam Akbal’.  (Jaguar of the Night-who has been her protector since ancient times)

In 1998, the Master stated it was now time for them to put her at the top of the pyramid of the highest science and technology on the planet. Within two days, her phone rang and she was chosen as the Education Director and Asst. to the Executive Director of the Nanocomputer Dream Team. She attended every nanoscience talk at Rice University and NASA over the next few years and by 2002, Judith started a non-profit, The NanoTechnology Group Inc. With members already in place, they became a global education consortium of volunteers for nanoscience education. This opened many paths for her with 7 trips to Switzerland, Italy, and Thailand during the past decade.

All of Judith’s work is available for use by the project members and the new communities.

Introduction to the Mayan Tonal Acupressure Course Video on You Tube: Judith’s Course

1996 – Founder and Minister of the Academie of Light Learning Module for Spiritual and Mayan Energy matrix teachings and the Mayan Tonal Acupressure Course Author, Artist, Sculptor, Graphics and Editing.