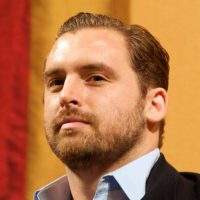 Dustin DiPerna is the founder of the Foundation for Integral Religion and Spirituality.  He is an author of three books: The Coming Waves, Streams of Wisdom, and Evolution’s Ally, all of which examine the role of intelligent forms of spirituality and religion in today’s evolving global landscape.

Dustin is also the co-founder and facilitator of WePractice, an international network of practitioners dedicated to uncovering intersubjective forms of awareness that allow groups to move beyond the illusion of individual separation and into a field of collaborative action based in awakened presence.

For the past decade Dustin has studied directly with American philosopher Ken Wilber and in the spiritual lineages of Mahamudra and Dzogchen, under the guidance of Daniel P. Brown and Rahob Tulku Rinpoche.  Dustin received his formal education at Cornell University and a Master of Liberal Arts degree in Religion from Harvard University.  He remains committed to the development of integrally informed spiritual paths that make spiritual awakening accessible to all.  He lives in California with his wife, Amanda, and daughter, Jaya.