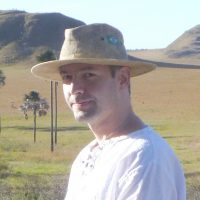 Boris is an associate of The Serbian “Nikola Tesla” Society in Belgrade, the Tesla Science Foundation in Philadelphia, and founding member of the Noosphere Forum.  Boris worked in a number of embedded tech and automation system startups as a software engineer and architect.

As a founding member of the Google Lunar X Prize Team Synergy Moon, he was involved in private space exploration, focusing on outer-space settlement.  Through cooperation with the International Scientific Research Institute for Cosmic Anthropo-Ecology in Novosibirsk and the Foundation of the Law of Time in Oregon he works on the study of cosmic consciousness, access to intensified consciousness and altered states, including non-linear time and telepathy.

Boris’ research of Tesla’s wireless energy transfer, in his laboratory, uncovers the potential energy field of “instantaneous locality” that underlies our reality, and facilitates communication with Earth’s cosmic neighborhood.

He is involved in ecological and technology innovation projects in biosphere design and self-sustainable communities, promoting the integrated model of a self-sustainable habitats through the Brazilian Ecovillage Movement focusing on new models of living systems and long-term survival of the human species and civilization.

In December 2012, Boris Petrovic founded the Nikola Tesla Institute in Brasilia, with a focus on research and development of new energy, wireless energy transfer and bio-resonance technologies.